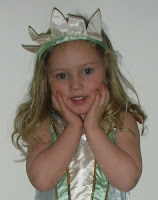 This was a special fundraising gig in aid of the Billie Butterfly Fund. Billie is the four year old niece of music journalist Luke Bainbridge, who has a rare form of brain stem cancer. It seems this condition is inoperable in this country but there is hope of treatment in the US, so a fund has been set up to raise funds to pay for her treatment there. The fund has been so successful that it has now reached its target of £200,000, and any leftover will be put to research into child brain cancer in this country.

So as well as being a very good cause, it was a great night’s entertainment including Everything, Everything, the amazing I Am Kloot, and headliner Badly Drawn Boy, who helped to organise the gig for his friend. Justin Moorhouse was the extremely funny compere, exchanging banter and poking gentle fun at members of the audience in hilarious fashion.

Although Everything Everything were not to my liking, young men with falsetto vocals must be an acquired taste, fair play to them for taking part. The ever amazing I Am Kloot did five great songs, with a couple featuring John Bramwell playing perched on the edge of stage as he had ‘forgotten his beer crates’ – priceless. And Badly Drawn Boy rounded things off nicely. Great evening, sad cause – and as JB commented, it feels very wrong when we can pay millions to buy the Royal Bank of Scotland for the nation but can’t afford to pay for treatment for sick children.......

Our best wishes and prayers are with you Billie. x

Posted by Julia at 22:09 No comments: Links to this post 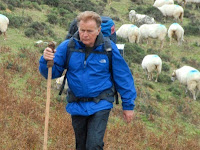 What is obviously a labour of love for Martin Sheen and his real life son Emilio Estevez, unfortunately turns out to be just a labour for the audience. Estevez has written, directed, and stars in the story of a father who accidentally finds himself a pilgrim in a barren land following the death of his only son.

Sheen is a Californian doctor, and father, and Estevez is his son, who appears in flashback as his father walks the pilgrim way to Camino de Santiago through France and Spain, to complete the journey his son never got to, as he has died on route. What might have been a beautiful and moving road movie turns out to be little more than an aggravation.

As Sheen completes his son’s unfinished spiritual business, he encounters other pilgrims, who seem to get under his skin more than provide him with good company, as he clearly wants to be alone. Sadly the dialogue between the pilgrims is very clunky, and the voyage of self discovery is so overtly sign posted that it loses any significance. Indeed, James Nesbitt’s over the top turn as a wandering Irish author is incredibly annoying.

The film fails to capture the beauty of the countryside, and lacks the deftness of touch that is needed to make it really work. Sheen is still a great actor though, although sadly this is far from a great film. I can’t help thinking that Estevez got too up close and personal to a project that is clearly close to his heart and well intentioned, but is destined to be little more than a mild DVD format piece of entertainment.

Posted by Julia at 21:25 No comments: Links to this post 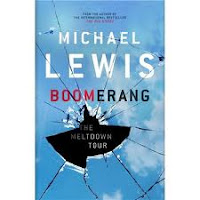 If you are not thoroughly depressed by all the talk of the collapse of the Euro and the imminent demise of the world as we know it, and actually want to read about some of the reasons behind the latest economic catastrophe, then look no further than Michael Lewis’s excellent new book ‘Boomerang – The Meltdown Tour’.

Lewis is following on from his previous page turner on the truth behind the credit crunch, credit swaps, and derivatives shenanigans in the US in ‘The Big Short’, which by the way I also heartily recommend. He has turned his attention away from the banking institutions per se, to the current near collapse of the economies of whole countries, and does so in his usual accessible, honest, no nonsense, and very entertaining way.

Iceland, in Lewis’s view, has a feral streak due in part to its size and relative isolation, which led to enormous risks being taken by its banks, and the near obliteration of its economy. He pulls no punches either: ‘Icelanders wanted to stop fishing and become investment bankers, and to allow their alpha males to reveal a theretofore suppressed megalomania’. Ouch!

He describes how in Greece civic life became impossible due to a total breakdown of the tax system, and to general civic lying and cheating on a grand scale. Slightly ironic from a country that is held up as the cradle of democracy. Lewis describes the unlikely role of a desolate Greek monastery in proceedings in a very engaging way, and also the role of banker baddies Goldman Sachs, who Lewis argues ‘engaged in a series of apparently legal but nonetheless repellent deals designed to hide the Greek government’s true level of indebtedness.’ Take that!

Ireland’s crazy Russian roulette style dependence on ever increasing land values, which fuelled a building boom, and has left a legacy of ghost estates across the country, in which no-one wants to live, is also highlighted. Some of the statistics that Lewis uses to substantiate his arguments are so insane they would be funny if not so tragic. For example, by 2007 Irish banks were lending 40% more to property developers alone than they were to the entire Irish population in 2000. Just wow.

His peccadilloes about the allegedly anally obsessed Germans are very amusing, even though their economy has not collapsed – yet. Lewis shows how rash they were to enter into the Maastricht Treaty and form the Euro in the way that they did, and therefore in effect shore up all the weaker European Euro economies. And to round off the book Lewis shows how certain US states like California, who let’s face it are nearly as big as a lot of countries, have got into mounting debts problems due to a colossal public sector pay bill and a pensions black hole.

If any of this sounds uncomfortably familiar, then it should do. Lewis has an uncanny knack of putting his finger right on the economic pulse, and getting straight to the heart of these complex economic situations like a knife through butter. I sincerely hope that his next book will be a deeper look into the British economic malaise and the crazy continuing obsession with rewarding failure and greed within our own banking sector.

Posted by Julia at 16:51 No comments: Links to this post

Somewhere in this post First World war supernatural tale is a good film waiting to get out – but unfortunately it doesn’t quite make it. Rebecca Hall is her usual highly accomplished and watchable self as Florence Cathcart, a young woman who is determined to let science triumph over superstition. She makes it her business to expose any charlatans posing as mediums and spiritualists with her objective facts.

Dominic West plays a schoolmaster at a boys’ boarding school in Scotland (although actually the location is the beautiful Lyme Park in Cheshire, the very place where Colin Firth famously emerged from the lake as Mr. Darcy in ‘Pride and Prejudice’, but I digress...). He asks Florence to help with a strange case of a boy ghost and the death of one of the pupils. Not one to shirk a challenge, off she goes, albeit slightly reluctantly, as she seems to have ‘ghosts’ herself.

Some of the film is good, with a couple of moments to make you jump, but other parts are just too contrived for words. In the end you don’t really care about any of the characters, including, sadly, the wonderful Imelda Staunton, who plays the matron. So top marks for the performances and the atmospheric house, but the plot falls short of putting it into the same category as some of the great ghost stories, like ‘The Orphanage’ or ‘The Others’ .

Posted by Julia at 21:33 No comments: Links to this post

There’s a lot to like about country stalwart Steve Earle’s latest novel. It is roughly concerned with the ghost of equally famous country legend Hank Williams, who dies in mysterious circumstances. In this book Hank is haunting a doctor who has been struck off due to his morphine addiction, but who continues to practice in the form of offering illegal abortions in San Antonio to desperate Mexican women. If that sounds a bit far out for a plot line, then that’s about right.

There is some lovely evocative writing here, Earle using the same talent in prose as he does in his lyrics. And you also get the feeling that he is drawing on his own chequered personal experiences to chart the Doc’s own troubled path. He falls into a relationship with a young beautiful Mexican girl called Graciela, who seems to possess angelic powers of healing and redemption for all whose path she crosses.

But the plot gets a bit crowded, and the direction of travel becomes a bit obscure. Earle does transport you to that place and time, and you can imagine the problems Doc gets himself entwined in very well from the vivid narrative. It just doesn’t hang together coherently enough to really draw you in too deep. But it’s the best novel I have read by a country singer about another country singer in a real long time.

Posted by Julia at 21:20 No comments: Links to this post