Best films -
Shame at the start of the year was a brilliant masterpiece about addiction from Steve McQueen. It was unbearably sad and elicited quite stunning performances from both Michael Fassbender and Carey Mulligan.

Killing Them Softly in the autumn from Australian director Andrew Dominik was a perfect portrayal of a moribund and morally bankrupt slice of American society. It was smart, funny and very dark, with superb acting by Brad Pitt, James Gandolfini, and Ray Liotta.

Film Turkeys - of over 60 films I have seen this year, only three were really bad - Headhunters, The Imposter, and Looper. They irritated and annoyed me in equal measure. Apologies to the many who loved them.

Orpheus Descending at the Royal Exchange in October was a fantastic offering from Tennessee Williams - all smouldering passion and pent up tension in a 1940s Deep South small town. Imogen Stubbs was as glorious as ever as Lady, showing her pedigree as true acting royalty.

My Fair Lady at Sheffield's Crucible Theatre was a sublime Christmas treat. It achieved perfection in score, choreography, acting, and sheer festive spirit and will undoubtedly make a star of Carly Bawden.

Theatre Turkeys - it pains me to say it but both were at my beloved Royal Exchange. Two in January and Rats Tales in November were both very wide of their usual high watermark for me.

Father John Misty at the Deaf Institute in November was a totally unexpected gem of a performance which really blew me away. What a guy! He promised 'real shit from my heart to yours' - and he did not disappoint. And at my favourite Manchester gig venue too. Check out his excellent album Fear Fun. 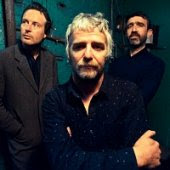 I Am Kloot were great at Ramsbottom Festival in September, but their homecoming gig complete with brand new material at St Philips Church in Salford in November was something else. I can't wait for their new album release in 2013.

Worthy mentions also to some new discoveries for me in 2012 - Gabriel Minnikin, Joe Pug, and The Secret Sisters were all fabulous. As was my old and firm favourite the outrageously talented Justin Townes Earle who I was lucky enough to catch twice this year in Manchester and Leeds.

Books
Best fiction - The Yellow Birds by ex soldier US Kevin Powers about the war in Iraq is powerful, accomplished and important. A brilliant first novel, or any other novel for that matter.

Best non- fiction - The War Is Dead, Long Live the War - Bosnia: The Reckoning by Ed Vulliamy. Another war themed book, this is a harrowing and jaw dropping account of the aftermath of the Bosnian War. It demands to be read.

Literary turkey - Girl Gone by Gillian Flynn - yes I know everyone is raving about this crime novel, but it involved despicable and weak human beings, and left me feeling sullied and defiled as I read the warped and totally preposterous denouement. Safe to say it wasn't for me...

Highlights of the year were my summer Glasgow adventures at the awe inspiring and perennially modern feeling Rennie Mackintosh Glasgow School of Art, and the excellent eclectic  Burrell Collection just outside the city centre. 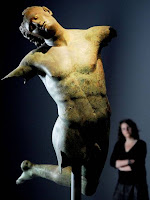 Bronze at the Royal Academy is also worth a mention - some gorgeous exhibits in an unusual ensemble of objects.

I reaffirmed my love of opera by way of Opera North's wonderful production of Norma at the Lowry in March. And fell in love with the ballet for the first time with English National Ballet's fantastic The Sleeping Beauty in December. And with quite glorious music courtesy of Bellini and Tchaikovsky to accompany these breathtaking performances - I ask you, what on this earth is not to adore? 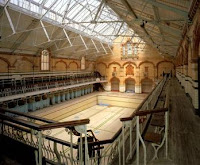 I have had simply wonderful and life affirming walking adventures in the Scottish Highlands this year courtesy of the islands of Skye, Eigg, and Rum. And I have discovered for the first time (after living in the city for nearly 30 years I know it's shockingly late) the gem which is Victoria Baths.

I've had quite a cultural year. I hope you have liked my ramblings. Thank you kindly for humouring me by reading them. Here's to a diverse, enthusing, inspiring, heartbreakingly sad, and gloriously happy set of new adventures in 2013...
Posted by Julia at 15:31 No comments: Links to this post 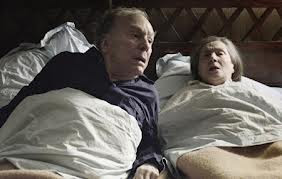 Michael Haneke's latest film is one of the most beautiful and heartbreaking depictions of true love I have ever seen. But be warned, it is far from an easy watch, especially as the opening frames reveal an ending that will  not be happy.

Alexandre Tharaud and Emmanuelle Riva play Georges and Anne, an elderly French couple who are enjoying retirement together, and continuing to sample the finer pleasures of life such as concert going. Anne then slowly succumbs to illness and paralysis, whilst Georges sets about lovingly tending to her every need.

Unlike other Haneke films such as The White Ribbon, there is no mystery or obscurity - no untied ends. The ravages of illness and old age are played out slowly and painfully though the minutiae of everyday life in the apartment.

One of the most poignant moments is when Anne cannot even listen to the CD sent to her by her former piano student, now an accomplished international musician. The memories of better days full of happiness and health which it provokes are too much to bear.

But most of all this is the story of a profound love, not told through artifice and saccharine,  but through the daily unglamorous tasks of washing, feeding and toileting. Georges cares for his wife lovingly, through simple acts of kindness, even though he is himself slowed down by his advanced years. He is determined to keep his promise not to send her back to hospital, but to care for her at home.

The acting of Tharaud and Riva is superb, nuanced, and genuinely affecting. Even I nearly shed a tear. Isabelle Huppert plays a great supporting role as their daughter, who finds it very difficult to accept her mother's decline.

Amour is a simple yet profound, achingly sad yet astonishingly beautiful film, and a very refreshing change to all the young love rom-com type standard offerings.

Posted by Julia at 19:21 No comments: Links to this post 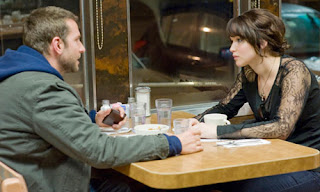 I'm not usually a lover of rom-coms, but just tell me when you last saw a film of this genre mix romance with serious mental health issues? Never, I am prepared to wager. Silver Linings Playbook does just that - serious, touching, and very funny - it is a real gem of a film from director David O Russell.

The unfeasibly handsome Bradley Cooper plays Pat, who is just being released from eight months' detention in a mental hospital, complete with bi-polar diagnosis and restraining order. This is to protect his wife from his previously violent behaviour towards her lover after he found them together in the shower. And all he wants is to show her that he is better, and to rekindle their marriage. Which is obviously going to be trickier than he imagines.

And the bosom of the family he returns to is far from harmonious - with Robert De Niro and Jacki Weaver giving their usual excellent performances as his kooky parents. His father also has violent tendencies, unable to attend his beloved Philadelphia Eagles football team's home matches due to previous bad behaviour. So it's easy to see where Pat has inherited at least some of his temper from. The exchanges between father and son are both hilarious and very touching, with football serving as the emotional connection between them.

But the central relationship of the film develops between Pat and Tiffany, the beautiful but needy sister of his friend's wife, played with brilliance by Jennifer Lawrence. She is suffering from her own demons, partly following the death of her husband, but with underlying mental health issues to more than rival those of Pat. Lawrence simply lights up the screen, just as she did in Winter's Bone. He sees her as a desperate way to get an illicit, not to mention illegal, letter to his wife. She sees him as a way to get a partner for a dance competition she wants to enter as therapy for her emptiness.

This is a delightful film with a serious message. It could be criticised for over simplifying the problems relating to bi-polar disorder in its happy ever after ending. But it cannot be criticised for bringing joy and comedy to the situation, and for bravely setting the action well outside the usual Hollywood comfort zone. A lovely film with powerful central and supporting performances which will surely feature come the fast approaching Oscar season.

Posted by Julia at 16:49 No comments: Links to this post

Read my review of a fascinating exhibition at Imperial War Museum North about the role of medical services in a century of wars at the newly revamped Creative Tourist website:

Posted by Julia at 15:47 No comments: Links to this post